It’s probably about time that I reveal what I’m giving away free at Free Comic Book Day. Here it is: 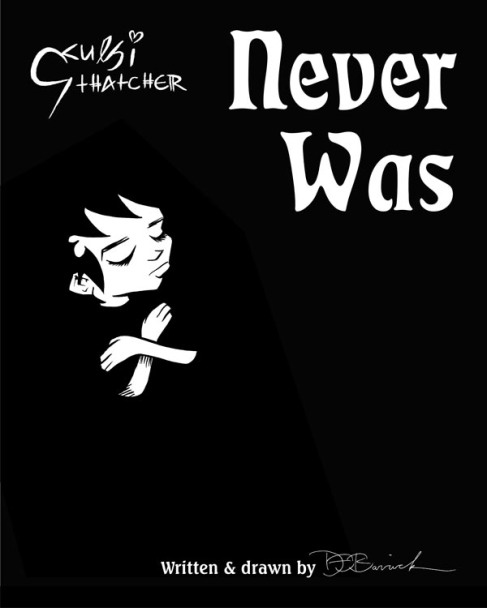 Never Was is a mini-comic featuring four Skulsi Thatcher comic strips. Three of them are reprints from Sick Sense of Melody, which was released in 2007 (in very limited numbers). There is one original strip, which is the first new Skulsi material to be released in six years. It’s been 10 years since I completed the first Skulsi mini-comic, One Two Three Four, so it’s about time.

What will the new comic be about? How will the universe change? Will Naomi die?!?!*

Grab your copy at L. A. Mood for ZERO dollars and ZERO cents on Saturday, May 4th, while supplies last! I will have approximately 200 copies with me and will be pleased to sign and/or doodle on them.